Up until the final results of the 2016 election, I can confidently say I consumed more news in this election cycle year than any previous year of my life. I’m convinced I wasn’t the only American who spent record-breaking hours scouring multiple news sources and social media accounts to get a better understanding of where the election was headed. Looking back, it was exhausting spending so much time reading political thought pieces and poll numbers only to realize most “professionals” had no idea what was going on.

After the election ended, I did something drastic I would have never considered years before – I stopped following the news. I decided to remove myself from the daily noise of the news cycle, regardless of the outcome. No more opinion pieces from the New York Times, The Atlantic, or the Wall Street Journal. No more NPR podcasts or televised debates. No more political Twitter feeds. No more news.

Now you may be thinking to yourself, “What an ignorant thing to do. Why would you allow yourself to be unaware of the current political landscape?” After all, it’s our civic duty to be well-informed citizens, right? Well, I used to think so, too – until recently.

In his best-selling book, The Seven Habits of Highly Effective People, Stephen Covey covers two ideas that determine how we live our lives. They are our Circle of Concern and our Circle of Control.

Following the news becomes a clear example of what would fall into our Circle of Concern: the recent terrorist attack or hurricane, the latest political scandal, or the local reporting of a crime occurring in your neighborhood. These events are outside of our ability to control, yet they inevitably zap us of our time and play on our emotions. In other words, the news is designed to make us reactive.

Getting angry over the injustices of the world may feel like the right response, but all it is doing is altering your mood and eventually your behavior. Consuming hours of news television and political op-eds eat up your time, which could otherwise be used for improving what is in your Circle of Control. Your time could otherwise be used to create art, build your career, foster meaningful relationships, or simply trying to improve yourself.

The world would be a better place if everyone spent more time trying to improve themselves instead of mindlessly consuming the tailored information fed to them. The world needs critical thinkers and creators who are proactive in moving society forward, not idle consumers who only share their hollow opinions in the public sphere.

Where To Go From Here

I realized my consumption of the news, although well intended, did nothing outside of provoking unpleasant emotions. I was so caught up with being concerned about the current political landscape and our country’s future that I began to ignore my own. When you are manipulated by the media to be in a constant reactive state, you start to think reactively. Your mindset shifts from a proactive state of trying to build your future to a worried state where you are questioning what is going to happen. You forget how to play the protagonist and learn how to become the victim.

It has been over a year and a half since the beginning of my news fast, and I don’t regret anything. It was a difficult decision at first due to my fear of missing out and being labeled as the uninformed person. But none of that has been actualized. It made me realize more often than not that the news is only a rough draft of history with a short half-life.

To keep the content flowing and it’s users engaged, most news has eaten itself by the next day. If anything, staying up-to-date with the news can damage your ability to process the truth, since it is often more nuanced and slow to reveal itself compared to the continuous flow of information. In this current age of instant notification, it’s too easy to form concrete opinions on subject matters even when we don’t have all the information.

I have found it more useful to learn about our current political landscape through biography and history books. My productivity and well-being have also skyrocketed since I now choose to spend my free time focused on creative pursuits and deliberate learning. My previous news consumption habits didn’t make me any more intelligent or make me feel like a better person. If I am honest, I can’t even recall a time when the news I consumed had an impact on the choices I’ve made in life.

From what I have gathered from my own experience, it is to treat the news like candy. It is designed to be attractive to the eye and easy to digest. But like candy, it offers little value to the consumer. I understand you may find it extreme to eliminate the news from your diet but realize what you are consuming. It is more fulfilling to feast on a rich diet consisting of books, long-form thought pieces, and engaging conversations with others.

Get the latest posts delivered right to your inbox 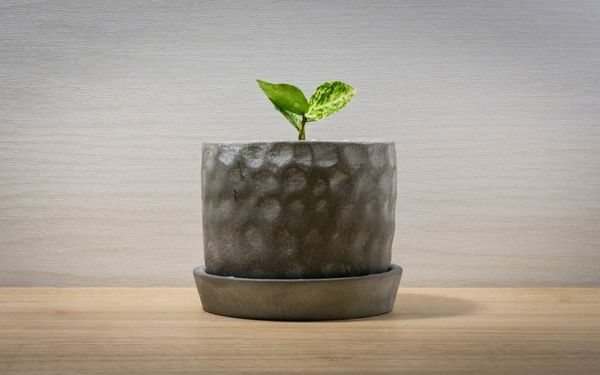 We all have fundamental beliefs about how we view ourselves, making up what is essentially our personality. Whether you realize it or not, it is these powerful beliefs that hinder and propel us from reaching our potential.

Time management advice would be the secret to unlocking your full potential except for one minor flaw – you aren’t a robot.

Stay up-to-date on my latests articles, book notes, and more.